The question is not what you look at, but what you see. Henry David Thoreau 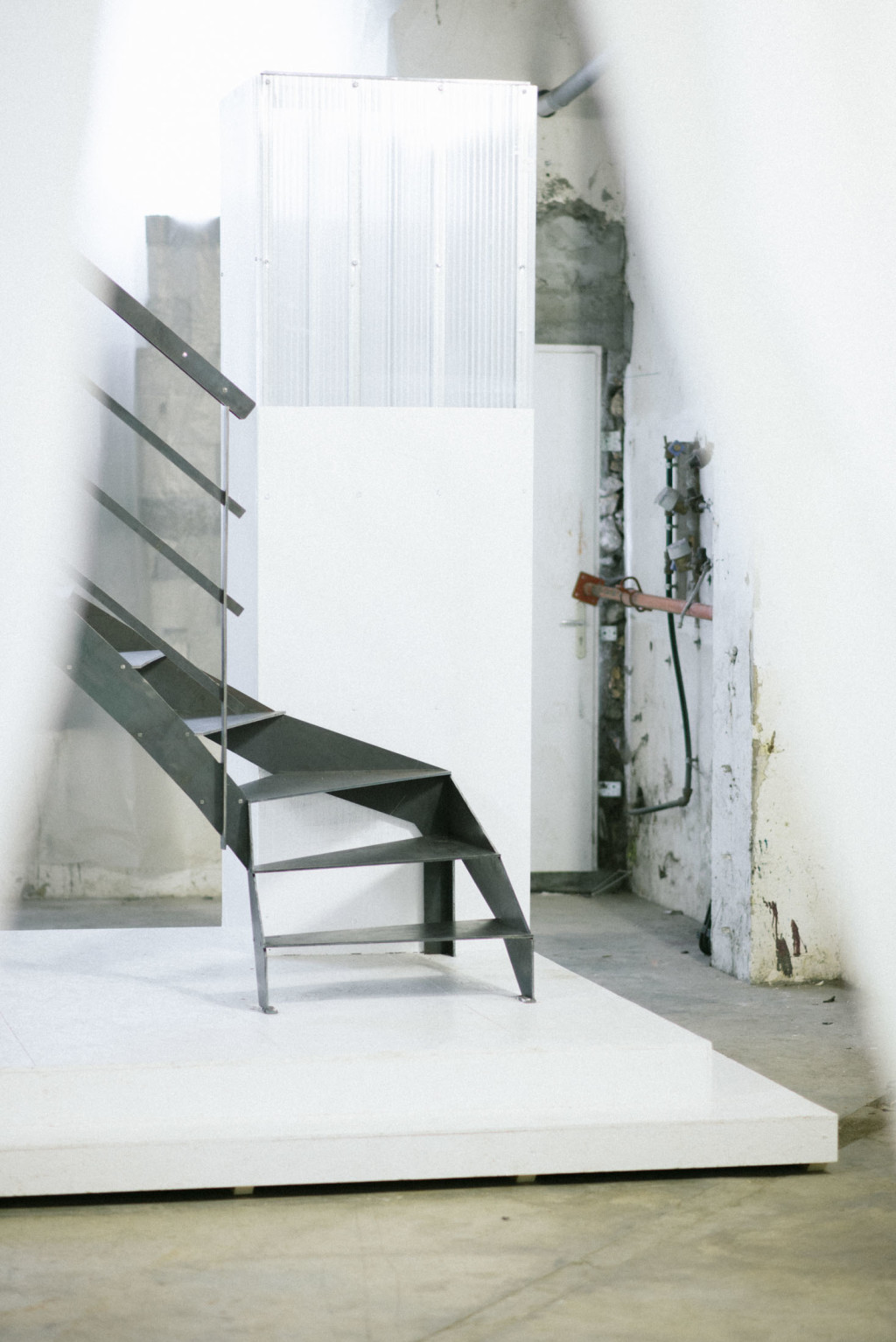 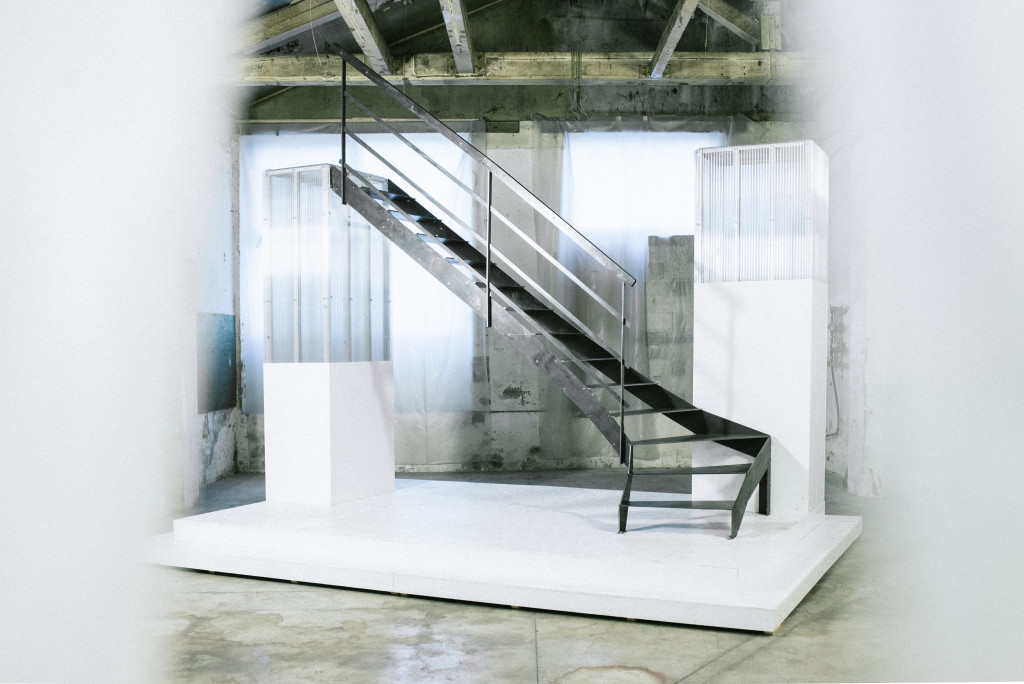 In 2016, Cyrille & Benoit, ironworker former founders of Atelier MaDe, had to answer a specific command : building a metalic stair on a site where there was no electricity. This means no welding, no cutout, no mistake. For them, this also means the less ironsmith possible, not to forget them.

From this constraint they created a genious construction system named CarréFrappé®, wich is basically a step-included cold-hitted rivet. Nothing more and nothing less.

In 2018, Rondcarré product was born, and it needed a scenography to shoot a short explaination footage and images. The specifications of the scenography was light : resistant (it had to support a 300 kg metallic stairs), movable, removable and cheap.

The inspiration came from the atelier itself, where we decided to shoot and where we let everything stay rough and dented. The scenography comes in brightly but quietly, letting the front place to the stair, vanishing like a ghost.

It was all built and paint in one day. 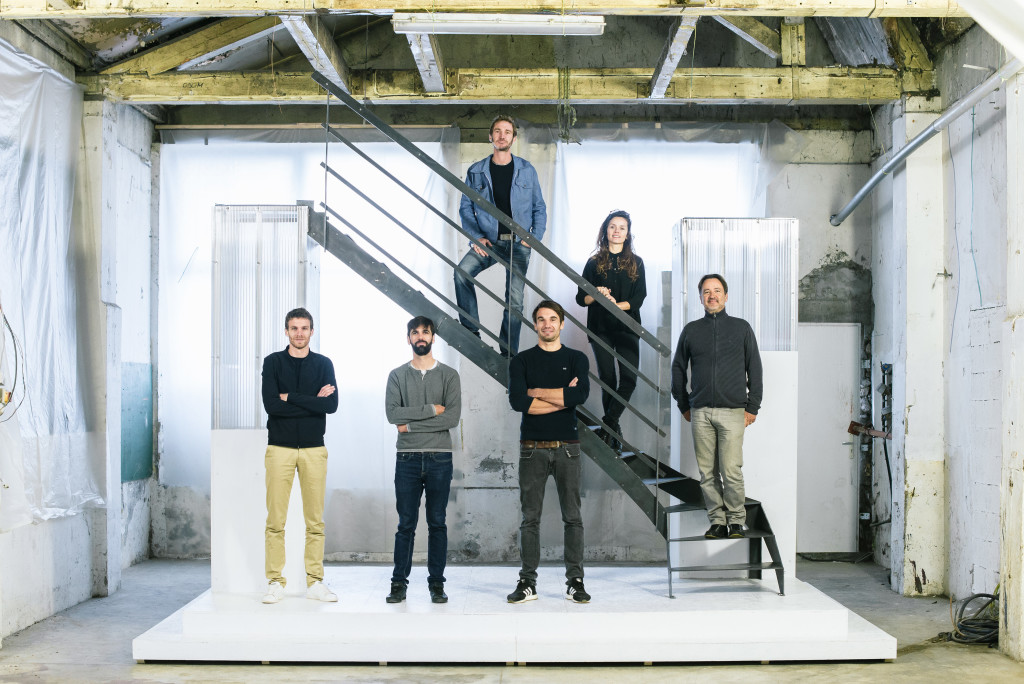 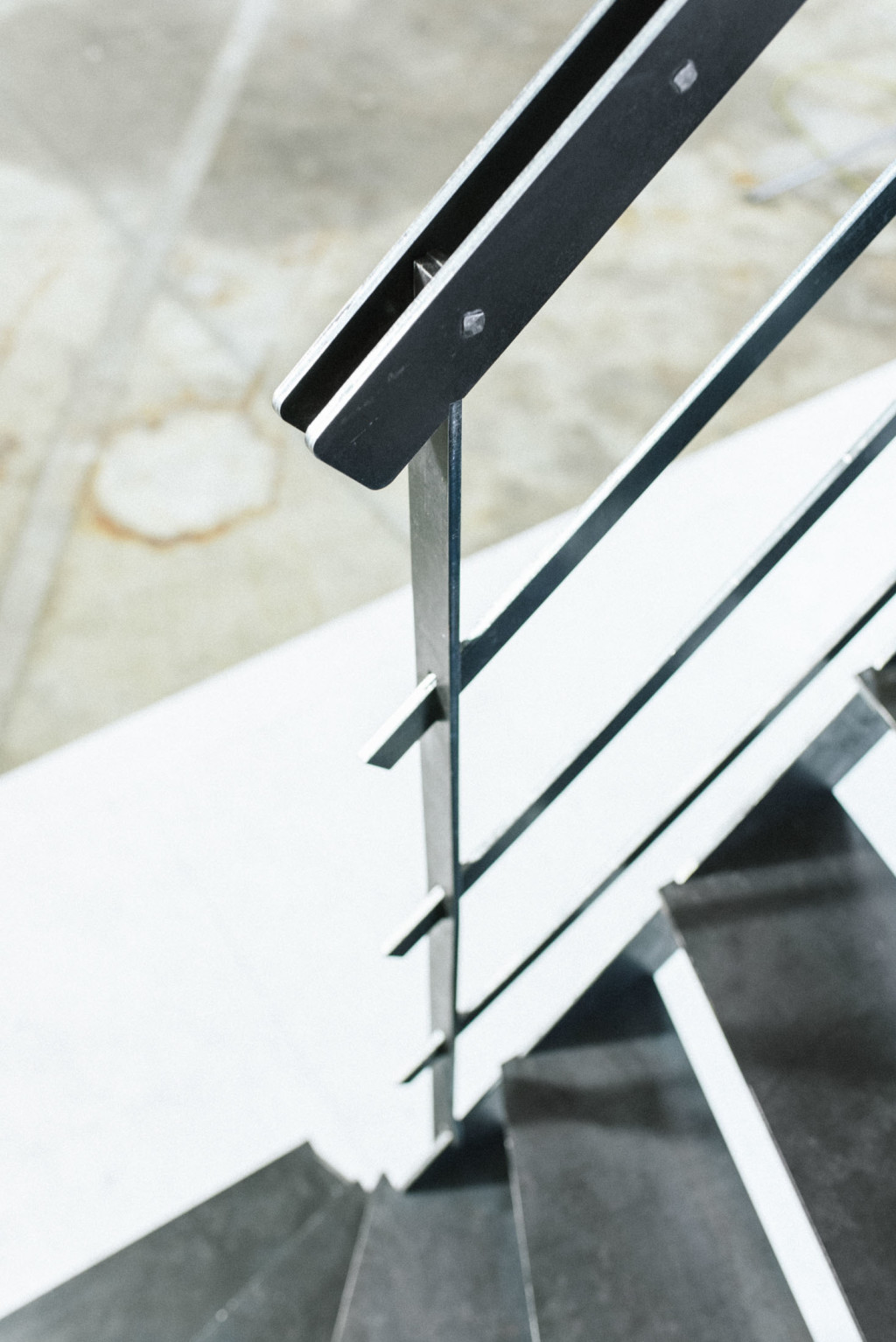 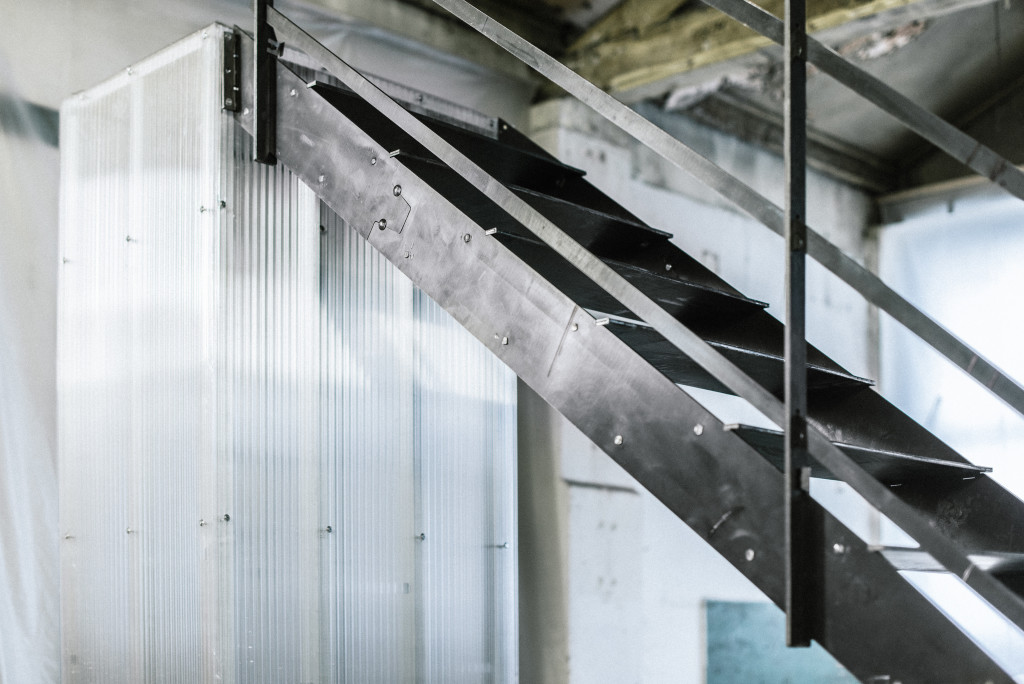 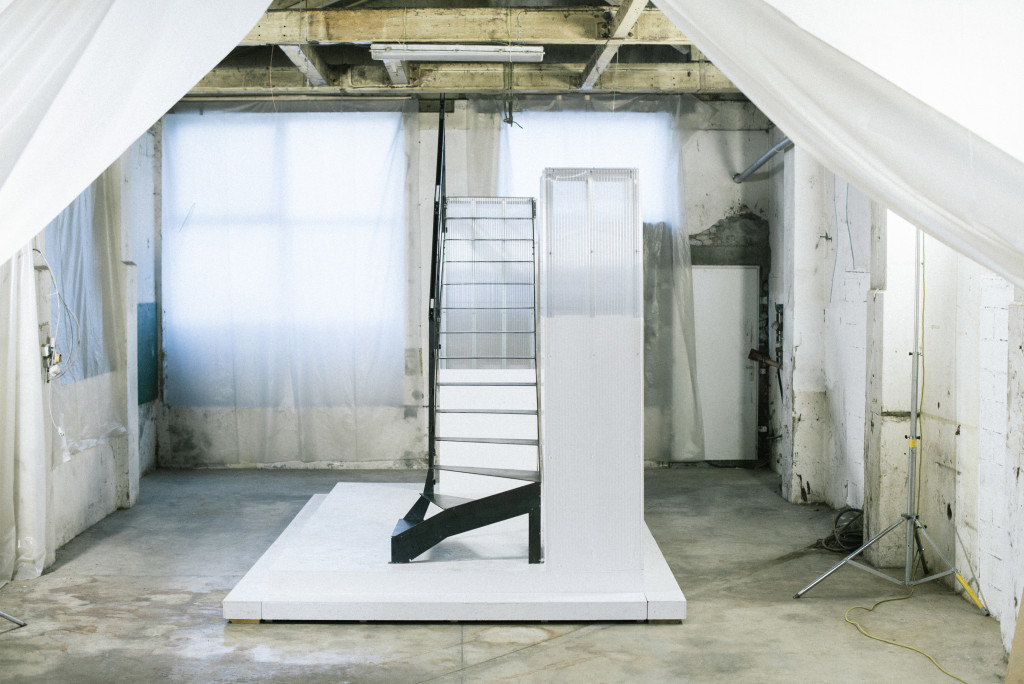 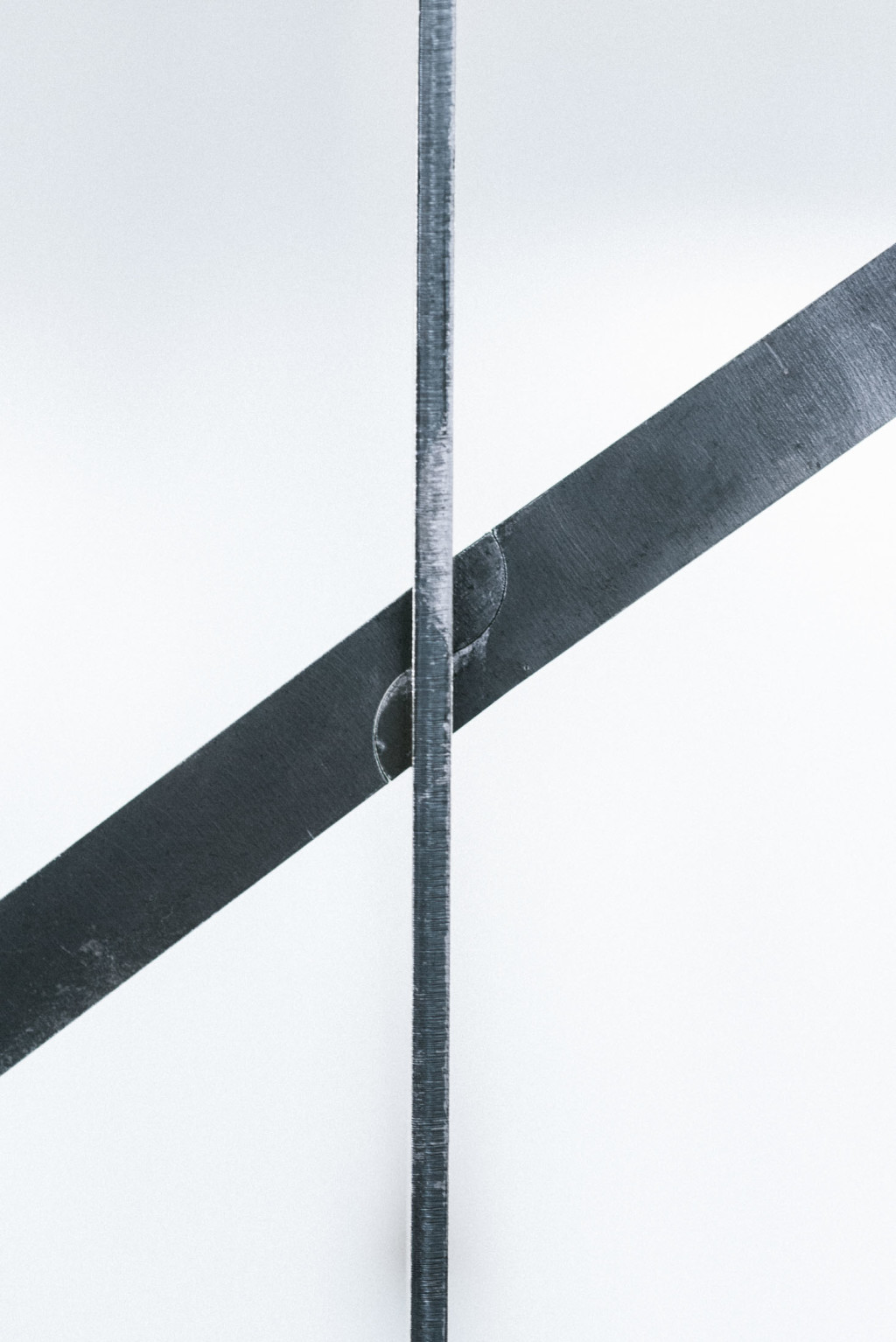 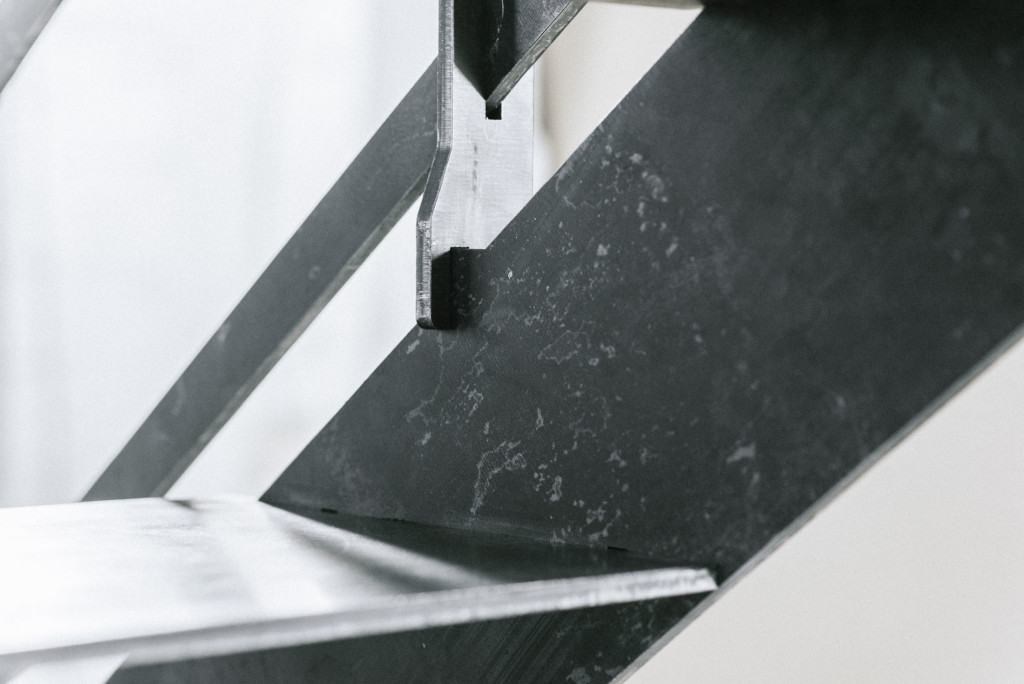 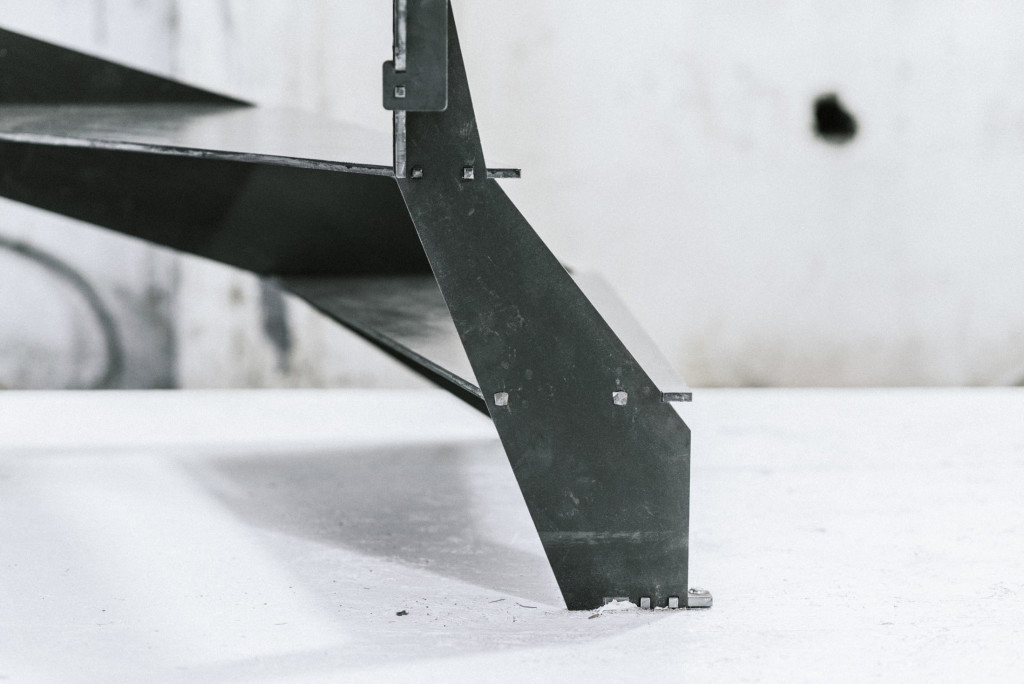 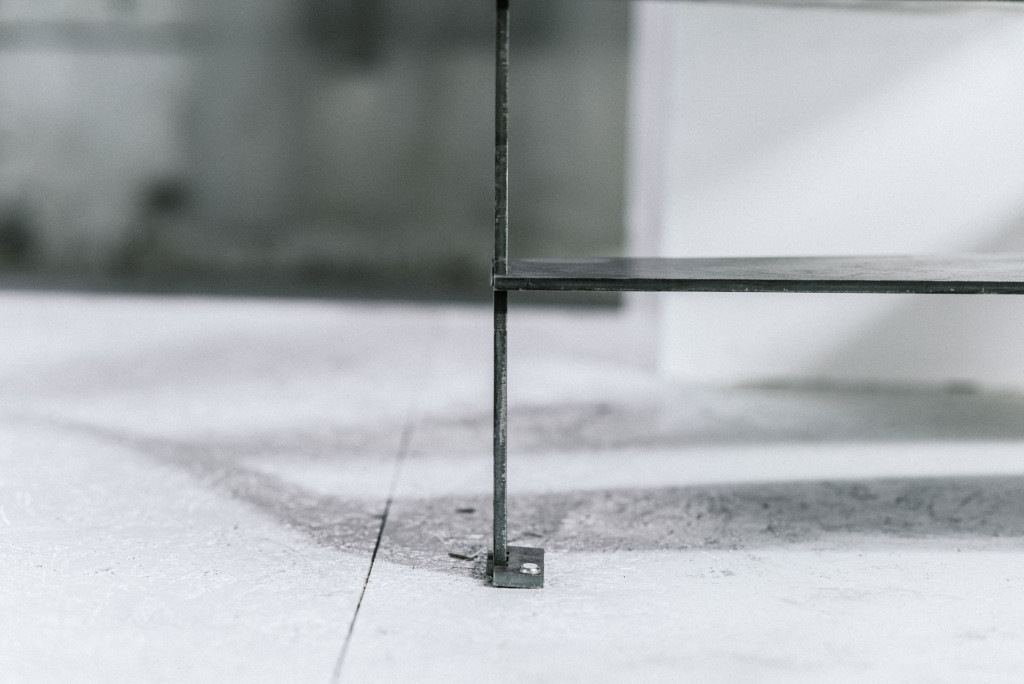 A special thank to the crazy folks of Rondcarré, with whom we've just began to run over hills and fields : Cyrille Mazet, Benoit Dervieux, Bruno Lefebvre.

An other thank to the happy crew of the shooting : Batiste Museo, Anne-Louise Giraud, Etienne Merel, Renaud Menoud. 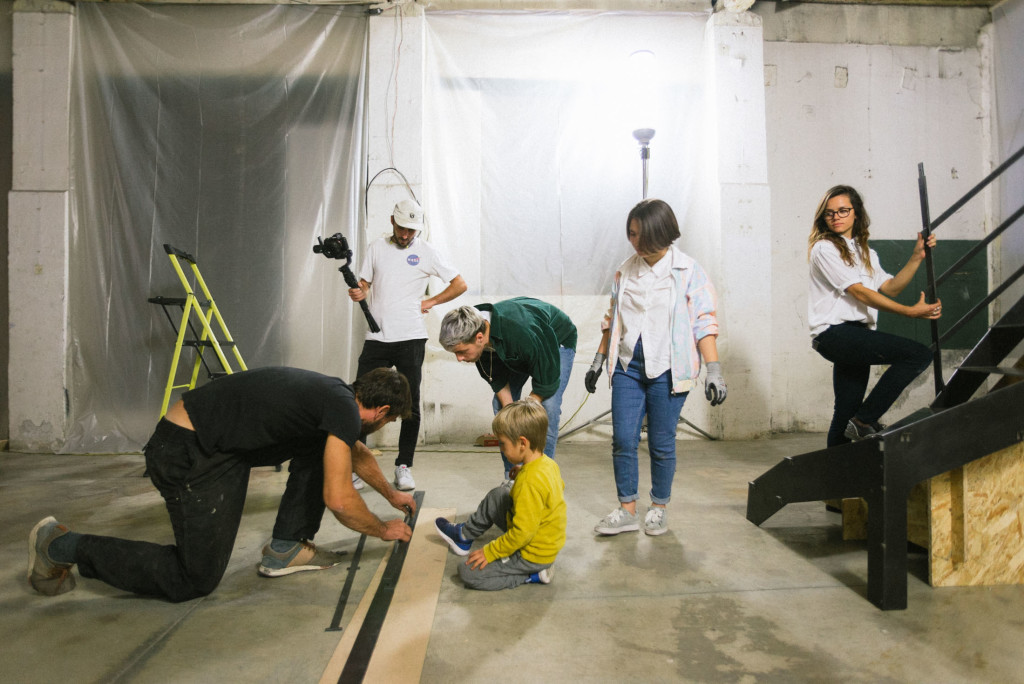 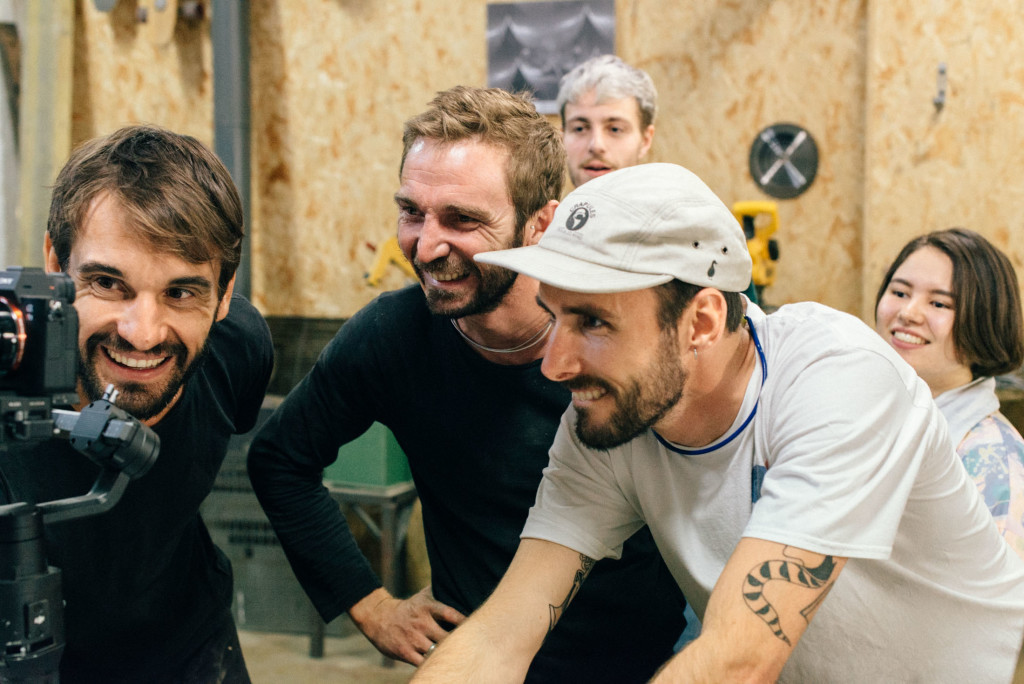 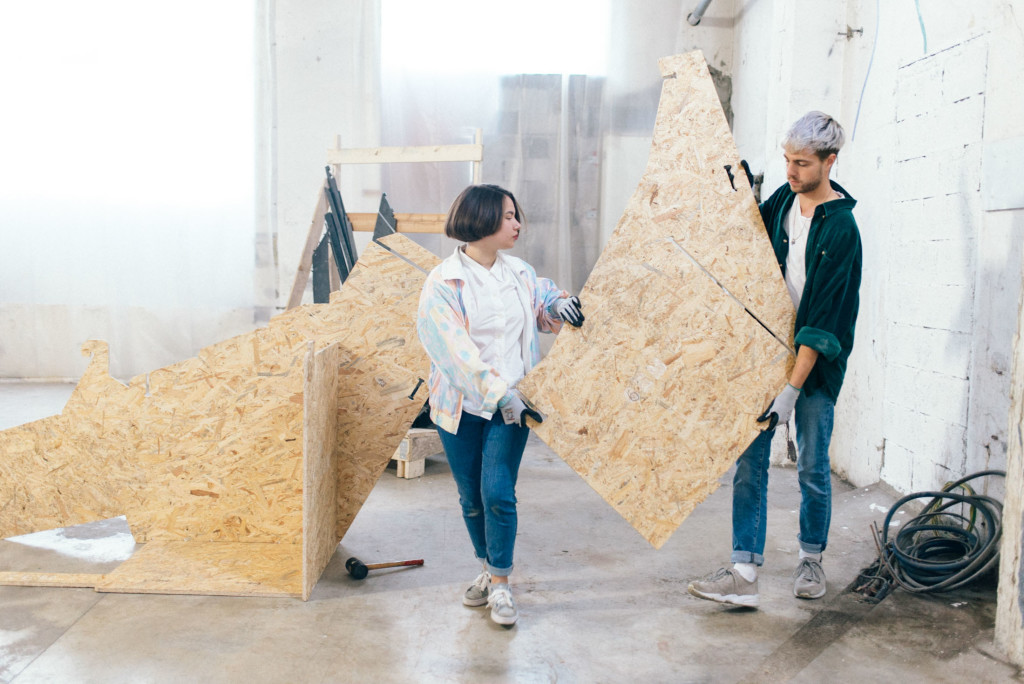 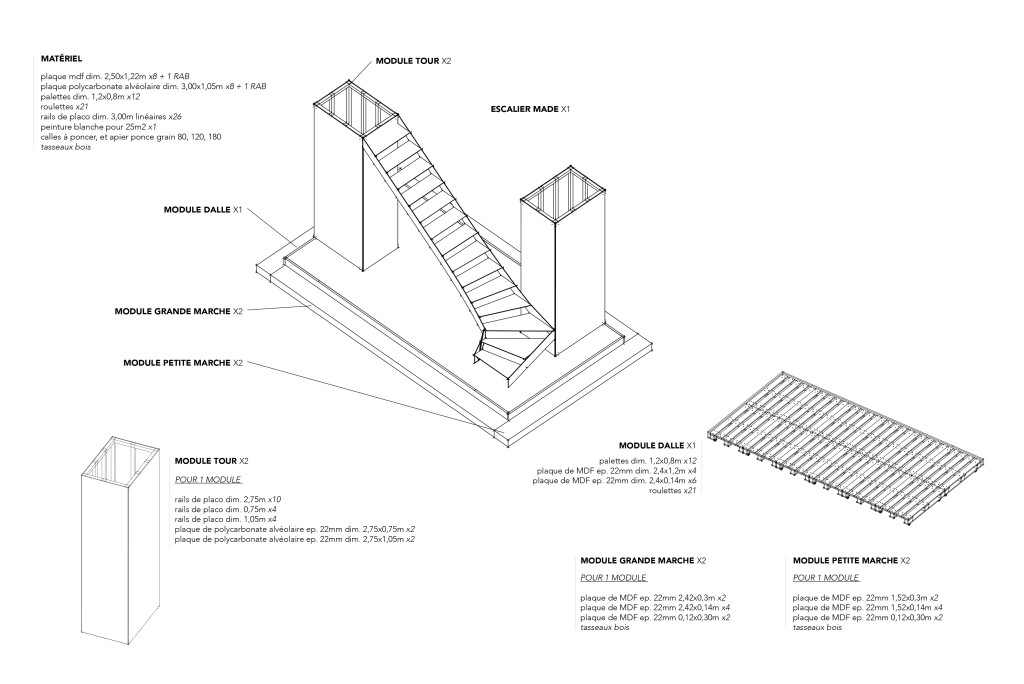