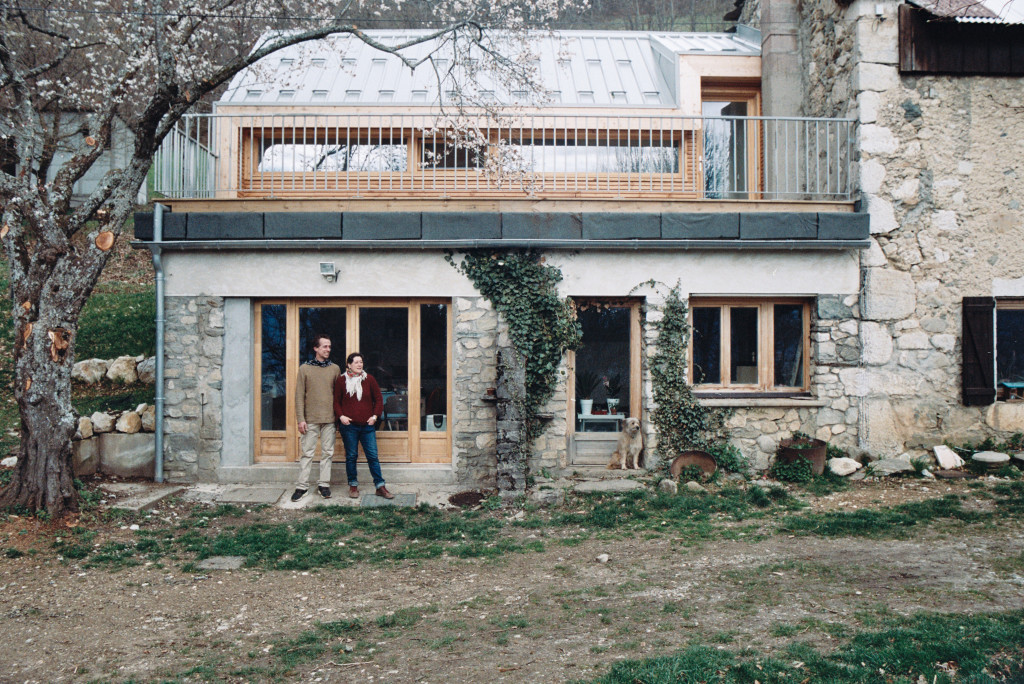 In le hameau de Savoyères, B. & G. are goat farmer. They make beautiful cheese and cream. They are happy parents of three children, raised over the pré-alps mountains of the Vercors.

It all started with a need. The three childs needed there own space, as they were all cohabitating in the same room, teenager and kid. Then, the context took place. Located at the border of the protected Natural National Parc of Vercors, at about 1000m high, the traditional longère used to be partitioned in two, one part for the farmers, and the other for the goats. A few years ago, the goats moved about 100m above the longère to go to a modern yet contextual building. We decided to keep that part in shape for later, following our intuition of a beautiful opportunity of transformation, and we went for a wood frame extension over an existing concrete one.

The shape of the new building is directly inspired by the old one combined to the mountainer mood. The longère must stay on the front stage, and the extension might just be a part of it. Shifting it from the main façade helped it, by also creating a private terrasse for the children only.

Finally, the project took it constructed reality thank to local craftsmen. We listened to each other, each opportunity to ameliorate the final result was proposed and debated, to be most of the time finally taken. Everyone participated, from the owners to the craftsmen. 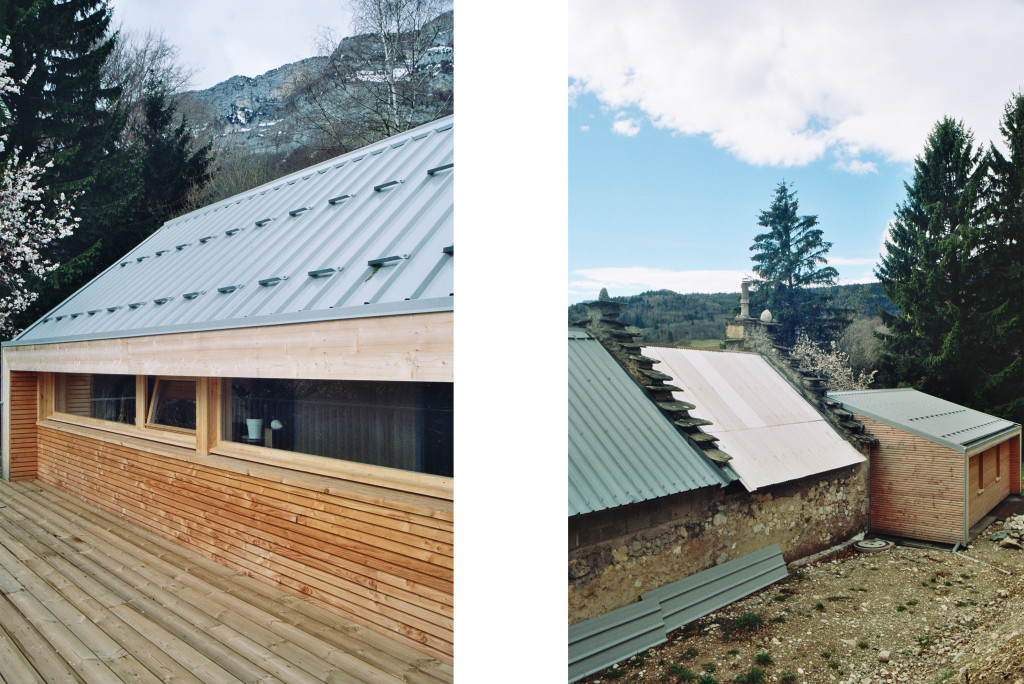 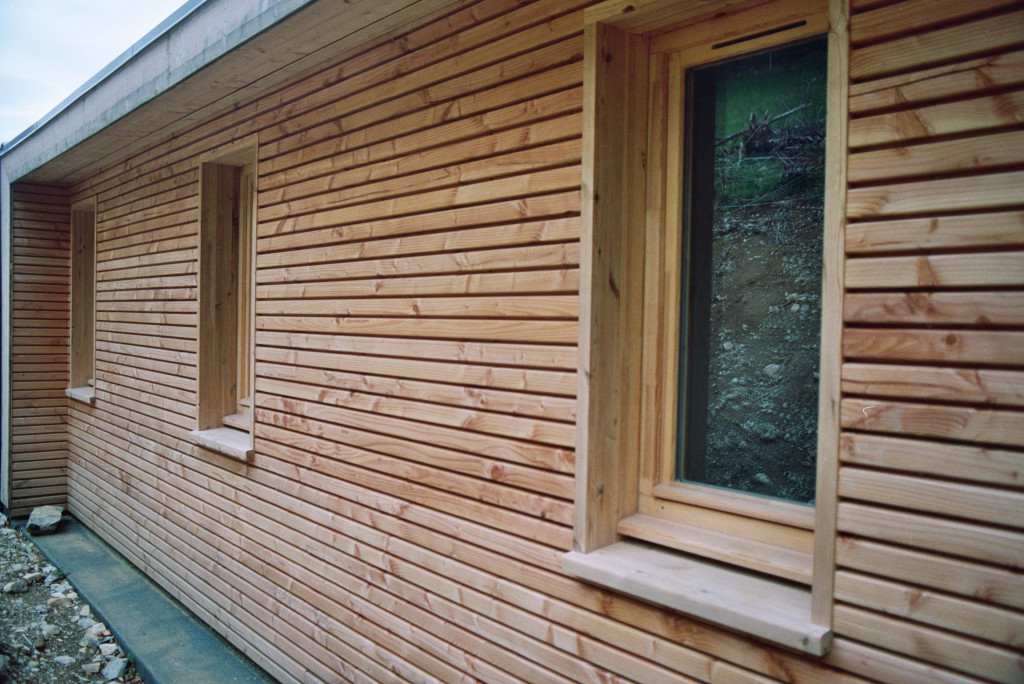 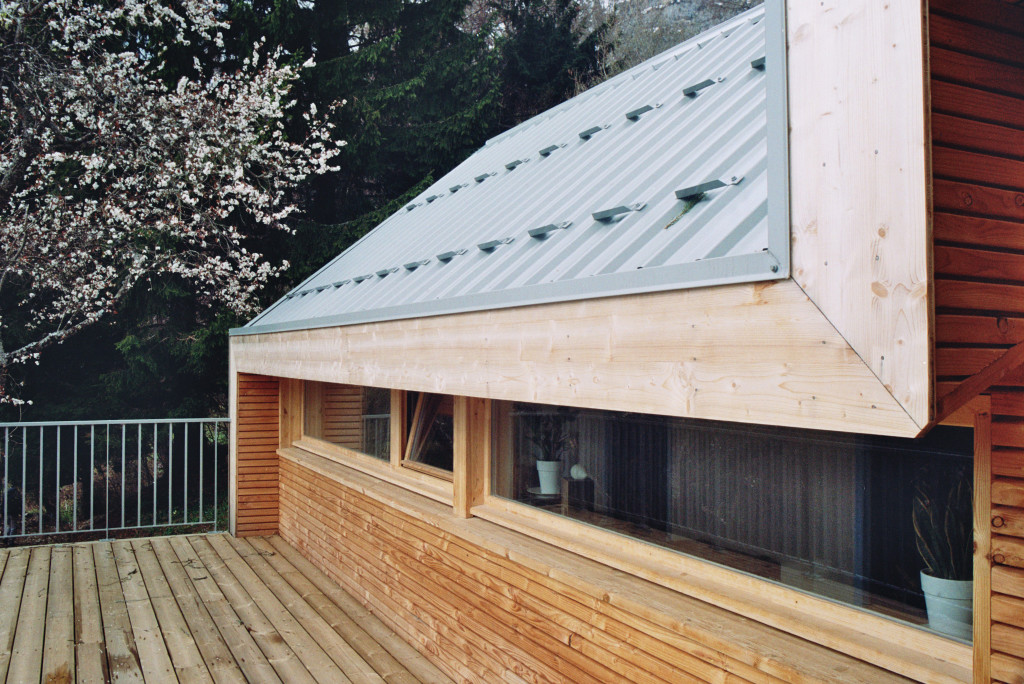 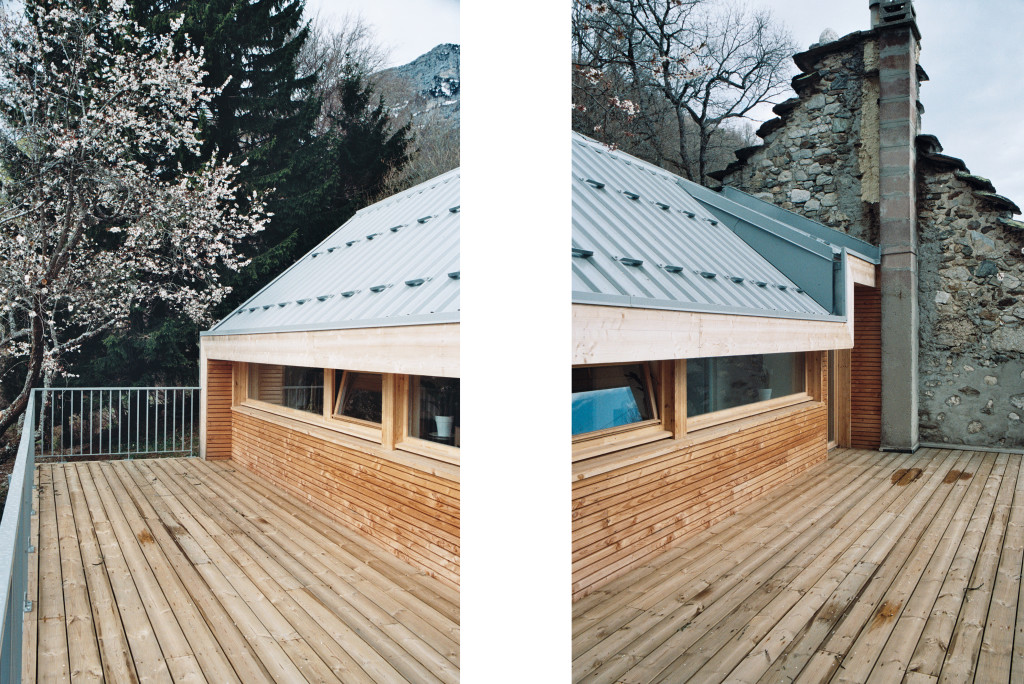 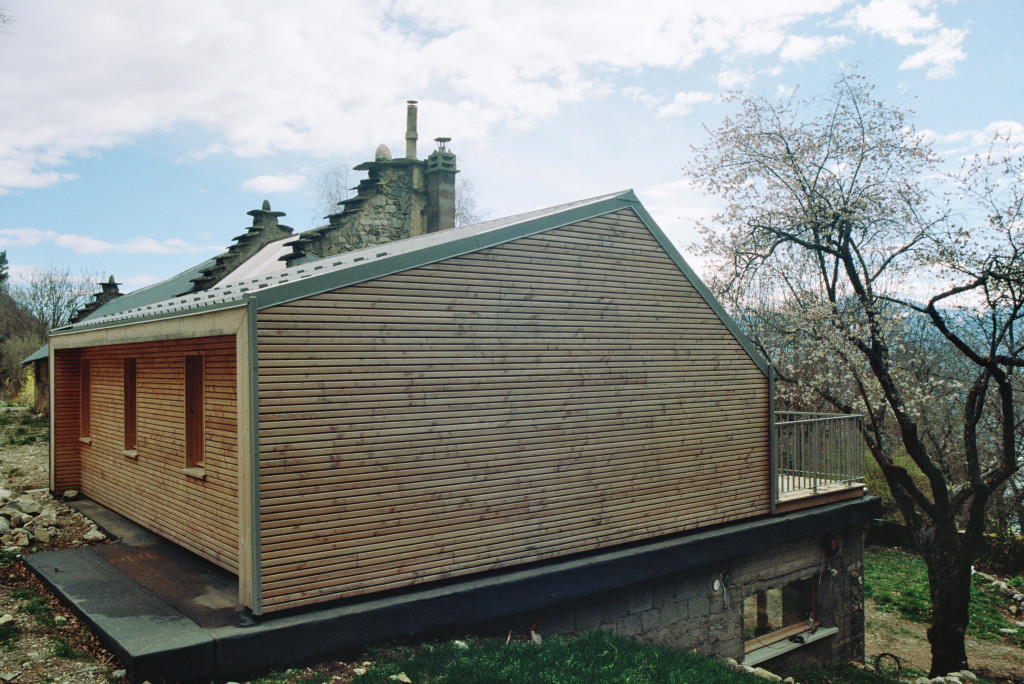 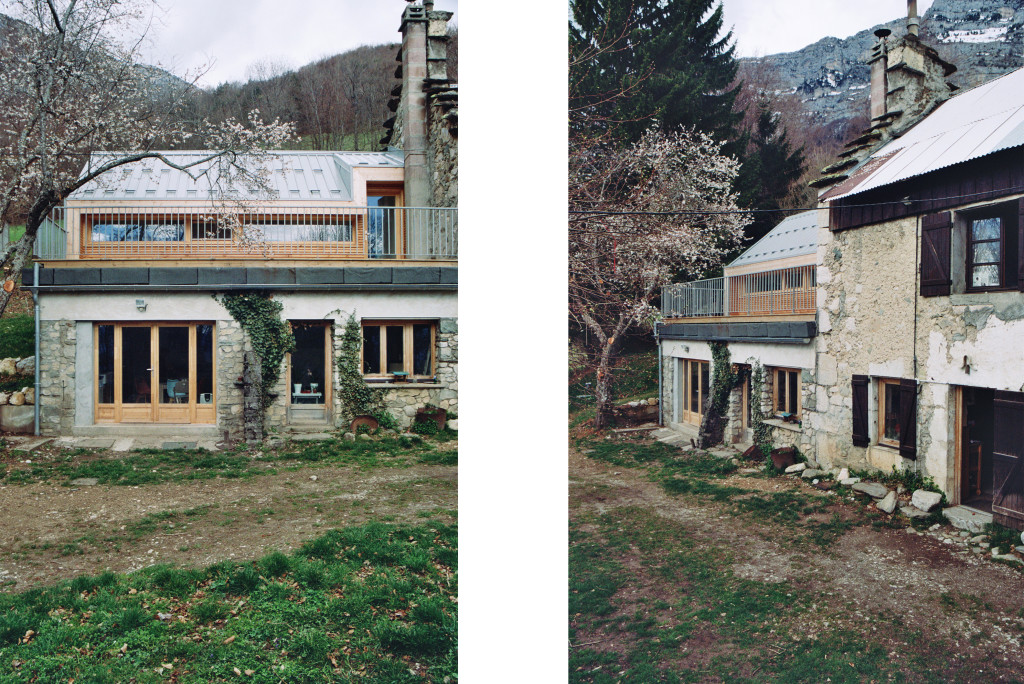 A special thanks to Benoite & Gaetan Jorcin-Piret for giving the atelier that confidence, and to all the folks on the way of this project : Daniel Perron-Bailly, Marc Maire, Kevin Vanotti, Yorick & Yann Davin, Gilles Ruelle, Patrick Heiter, and also Benoit Delaittre. 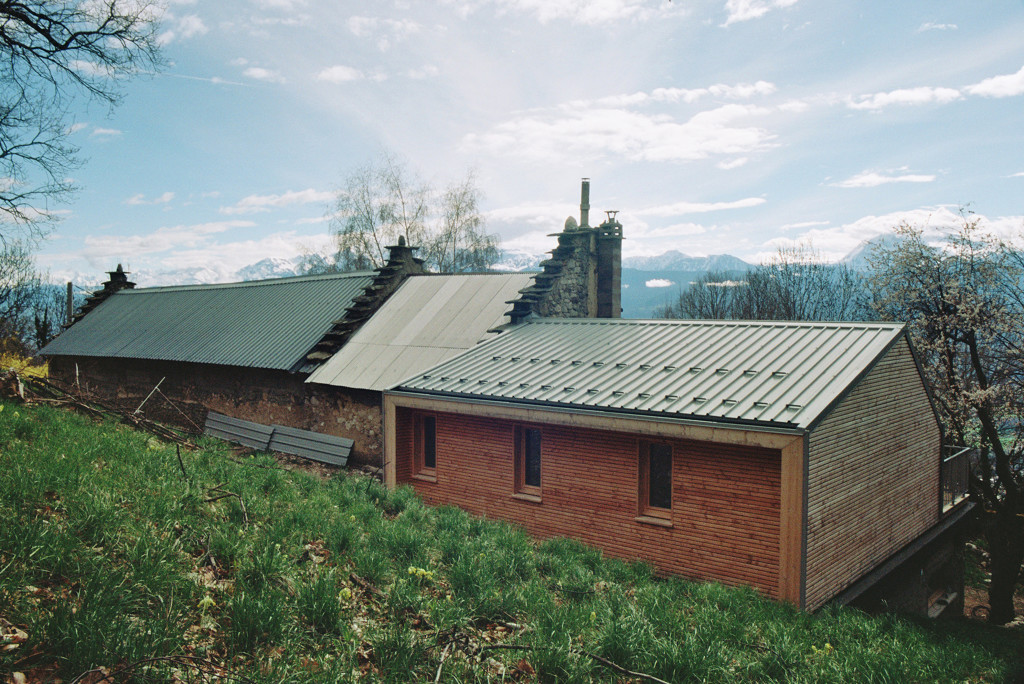 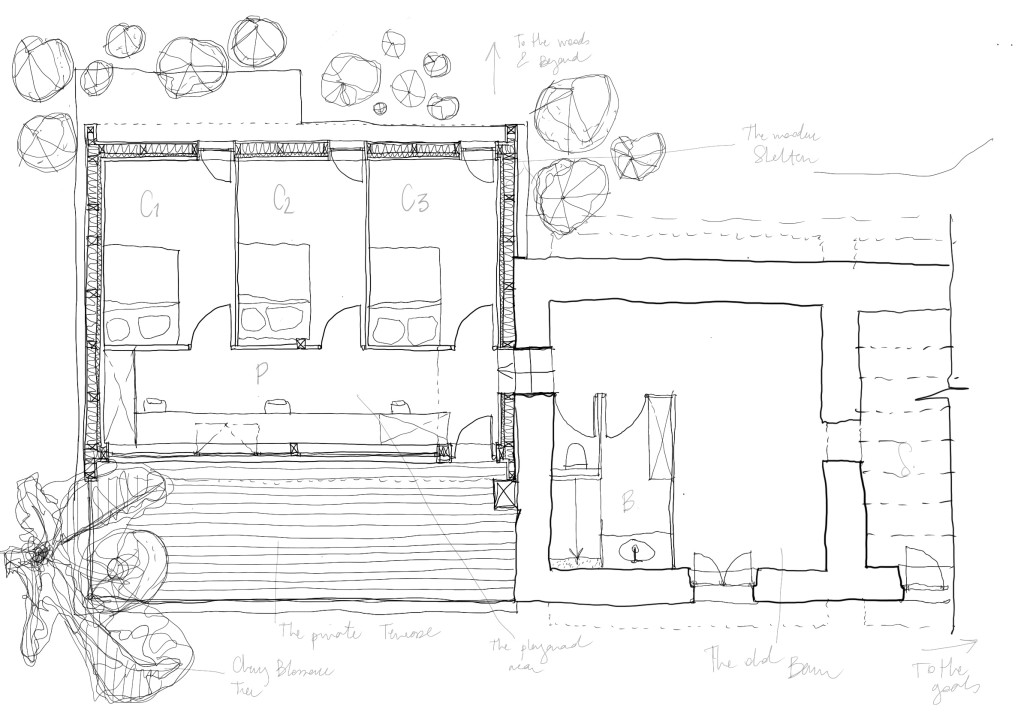