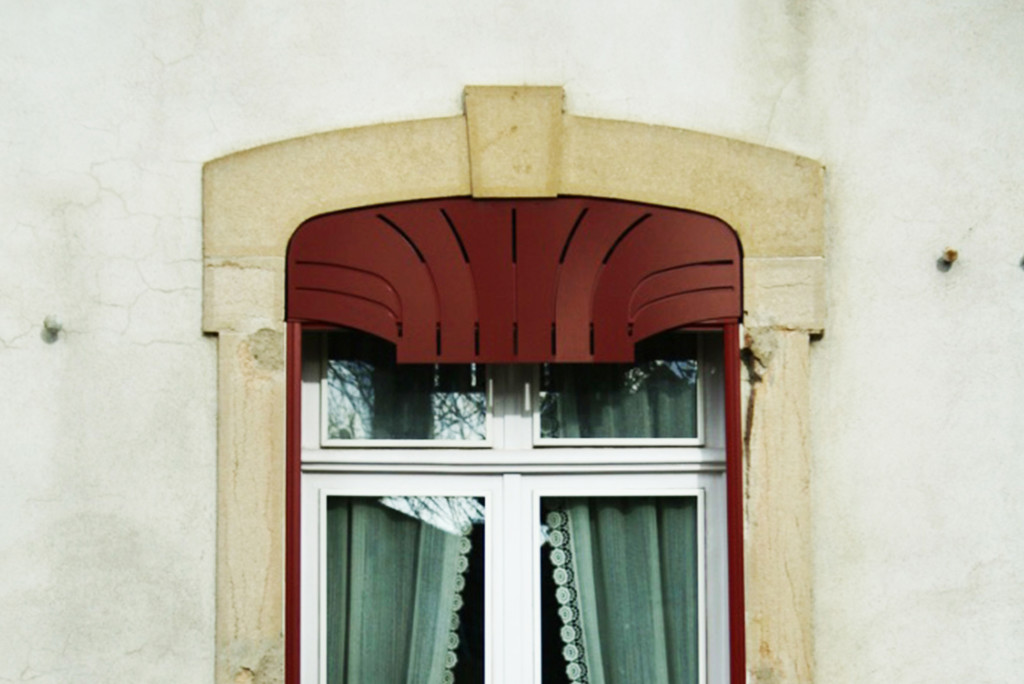 Tramayes is a small village located in south Burgundy, in the very earth of the Maconnais land.

The beautiful mansion dates back to the 1840s, a time when the last kings, lords, and emperors of France ruled the land.

It overlooks the village square and a XIII century castle, which is indexed on the French Heritage Monuments List. A couple who had just moved back after living 30 years on the west coast of France, needed an atelier to help modernize the space and make it fit to live once again.

The first step was to make the space habitable which called for removing 42 antique and dangerously degraded shutters from the 1950s and replacing them. We created Jalousie windows with custom ironwork, maintaining the wine red color from the original porch door. The main facade maintained the original aesthetic with a touch of modernity.

In the backyard was an unusable, tiny, and unexposed space where a glass elevator lift was installed, an extension of the original design from the ‘50s, that served all of the house’s floors and linked the kitchen to the garden to the cellar.

We applied the same principle of creating customized Jalousie window fixtures, this time in a blue-grey tint that was maintained from the previous shutters. 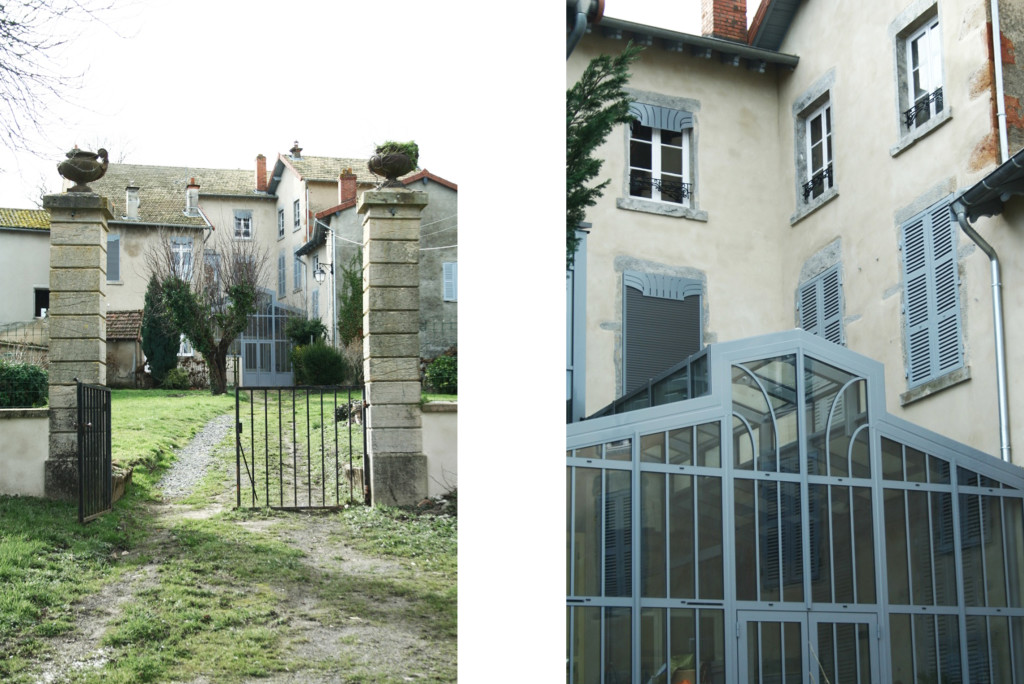 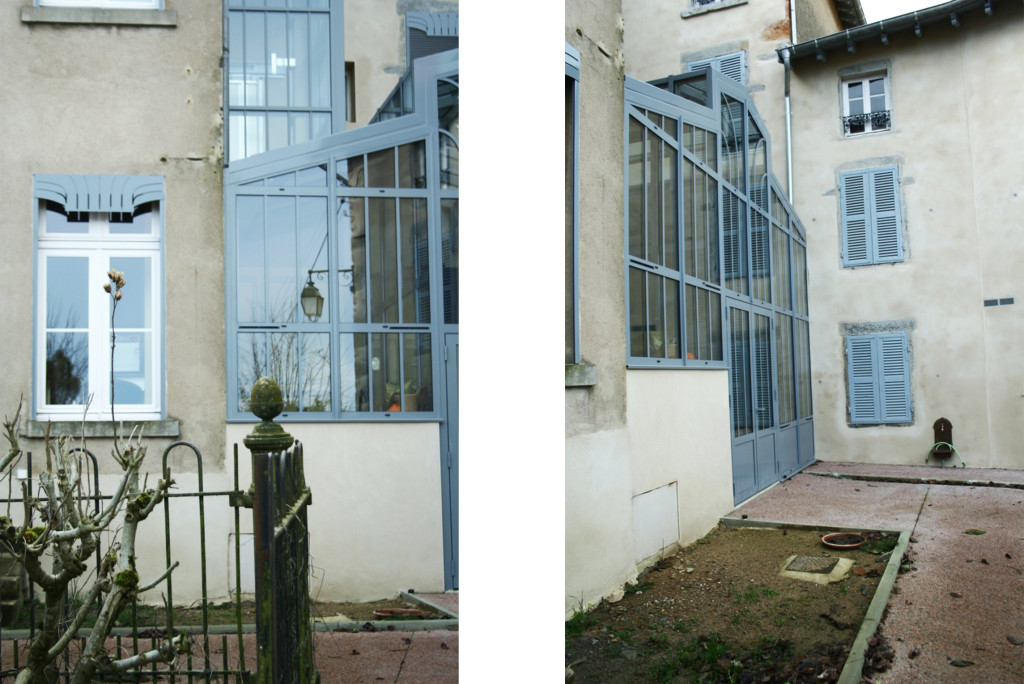 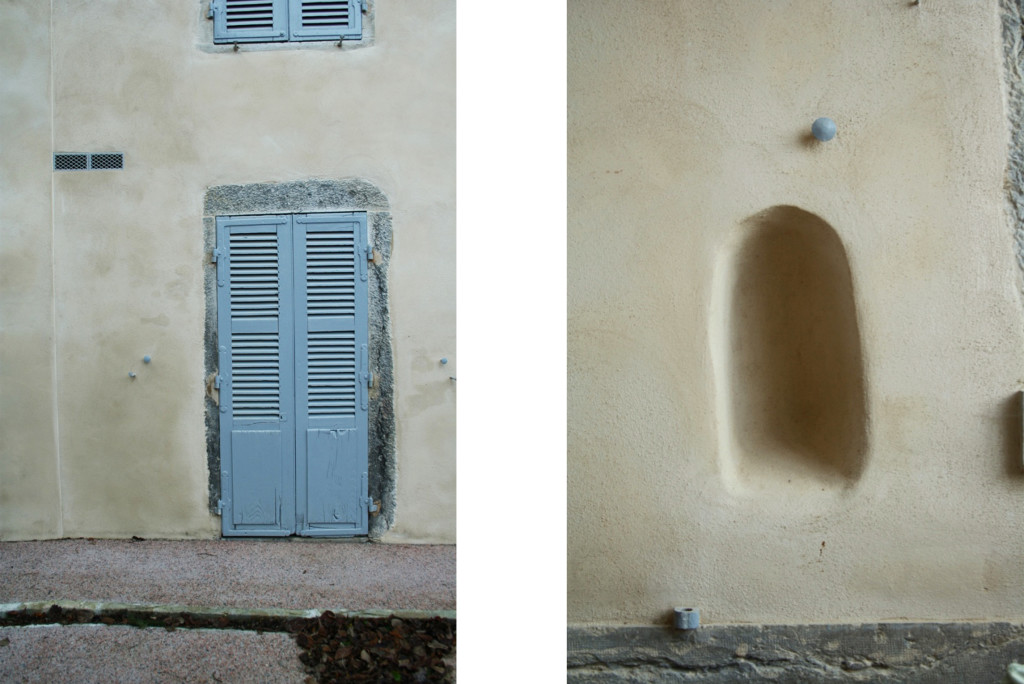 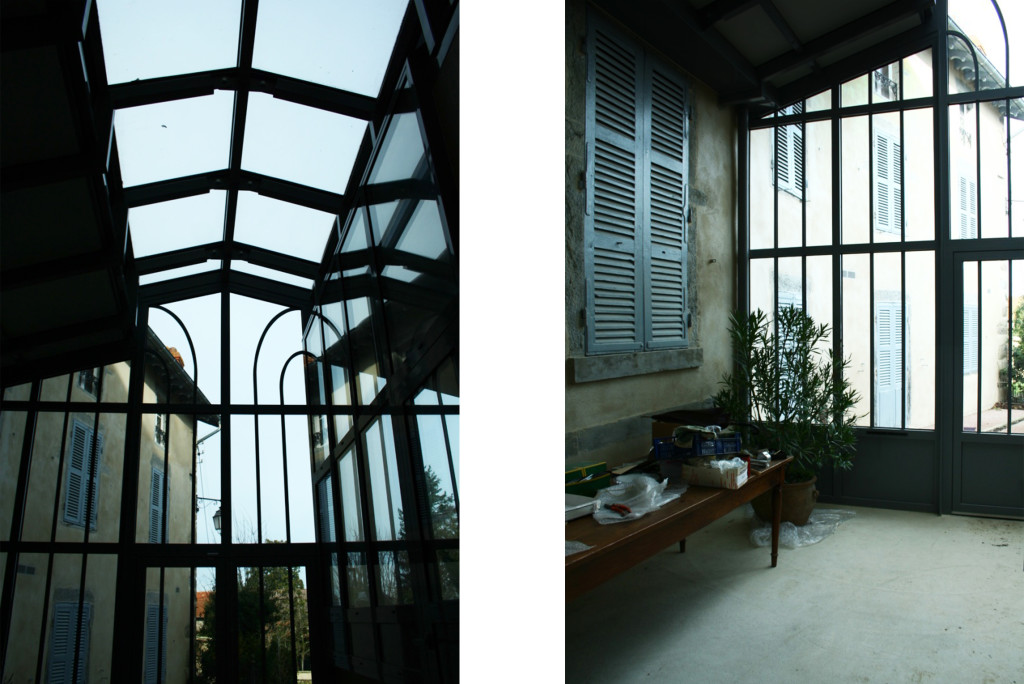 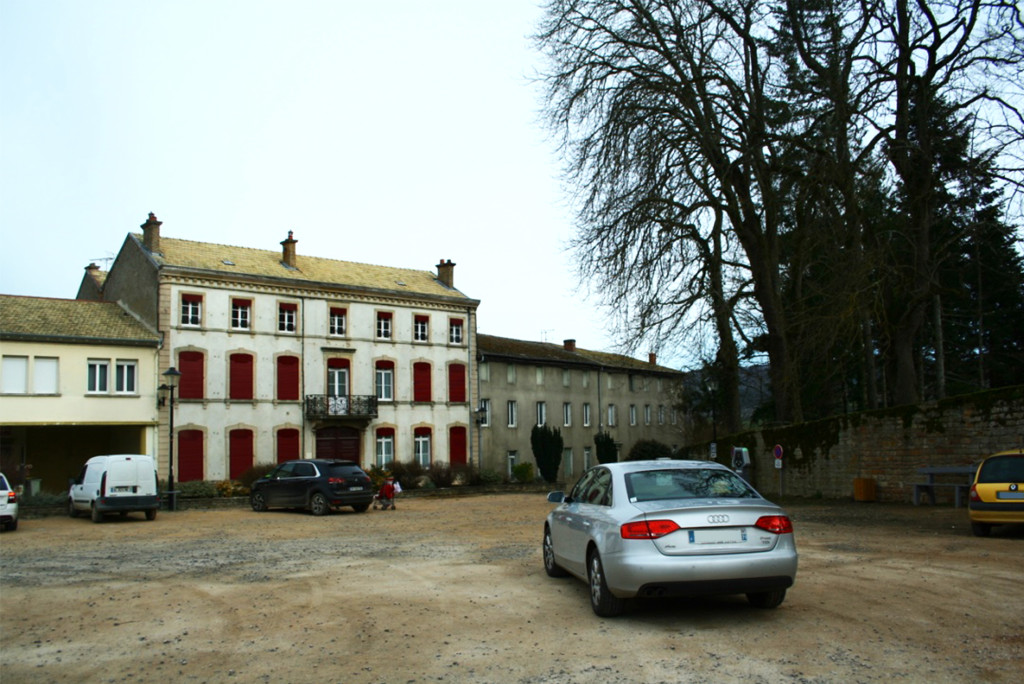 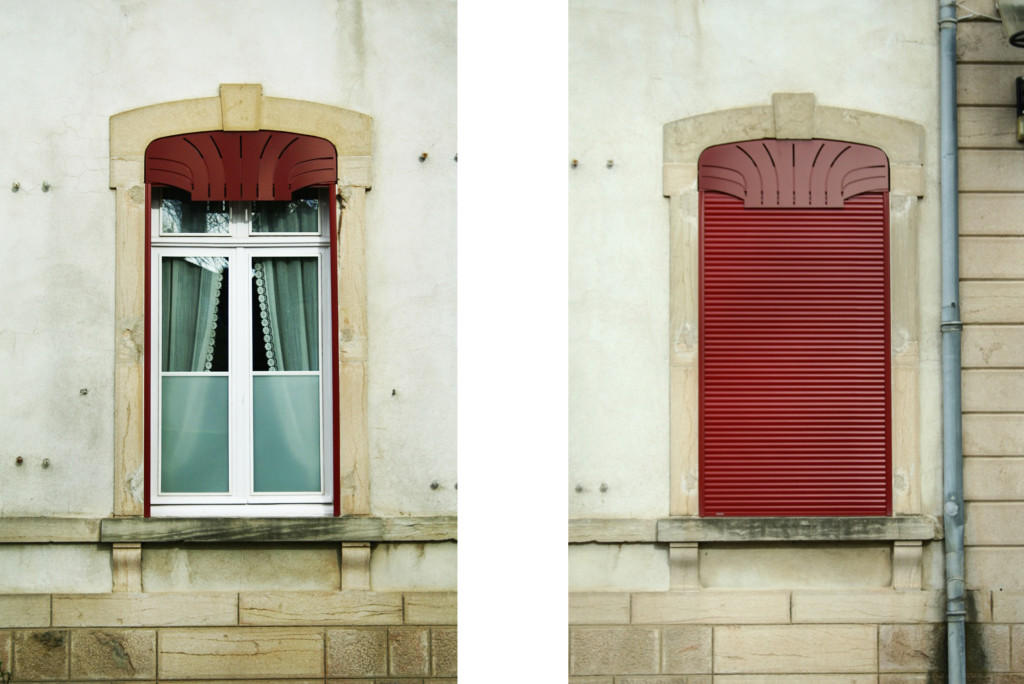 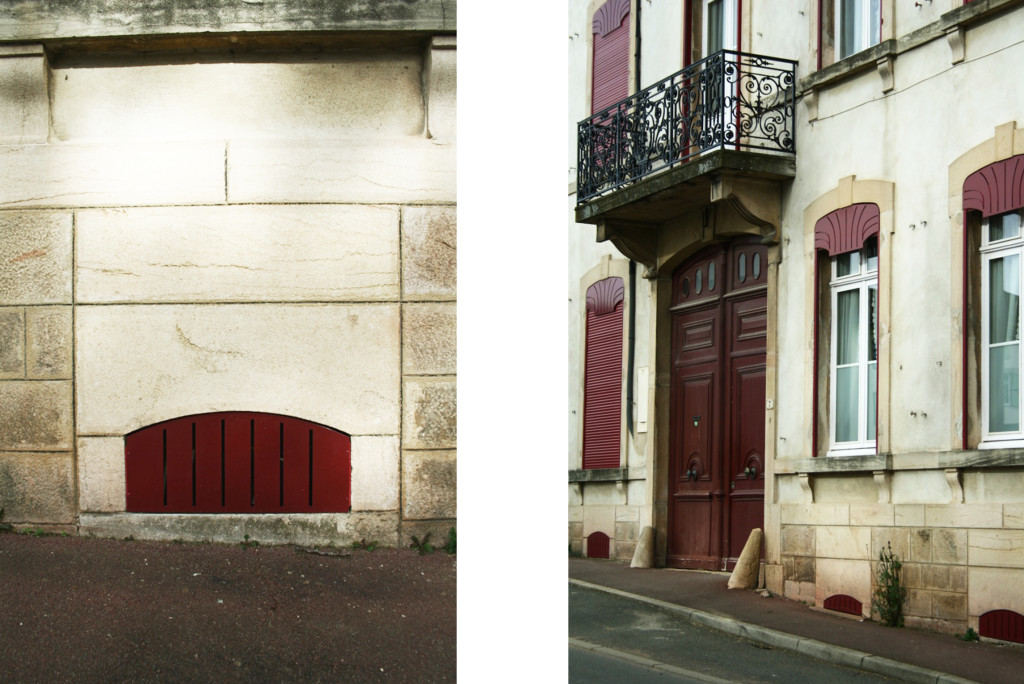 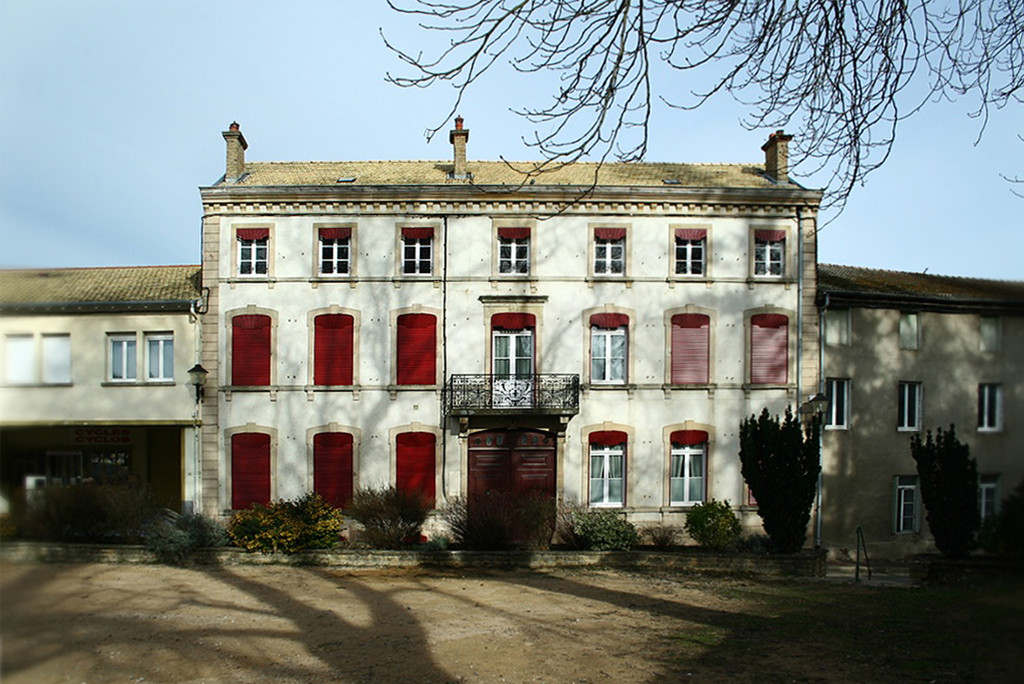 A special thank to Georges-Antoine & Annie Chollet for their command. An other one to Marion Decortes for the optimistic mood of her own. 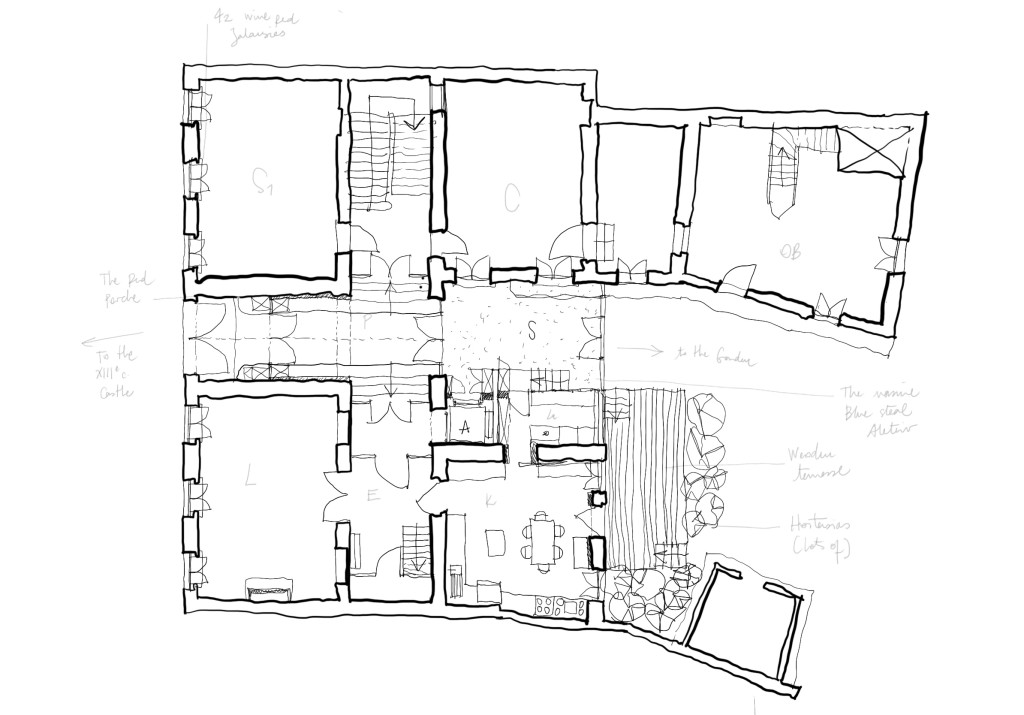